UMass Press continues its proud tradition of offering strong and various titles in African American studies, literature, and history. Here are some of our newest books:

Black Bostonians and the Politics of Culture, 1920-1940 by Lorraine Elena Roses

In the 1920s and 1930s Boston became a rich and distinctive site of African American artistic production, unfolding at the same time as the Harlem Renaissance. Lorraine Elena Roses employs archival sources and personal interviews to recover this artistic output.

Sarah Parker Remond (1826–1894) left the free black community of Salem, Massachusetts, where she was born, to become one of the first women to travel on extensive lecture tours across the United Kingdom.

Michael Soto examines how the U.S. Census placed persons of African descent within a rigid taxo

Many scholars have written about the white readers of the Harlem Renaissance, but during the period many black writers, publishers, and editors worked to foster a cadre of African American readers. Shawn Anthony Christian illustrates that the drive to develop and support black readers was central in the poetry, fiction, and drama of the era.

In Remember Little Rock Erin Krutko Devlin explores public memories surrounding the iconic Arkansas school desegregation crisis of 1957 and shows how these memories were vigorously contested and sometimes deployed against the cause. 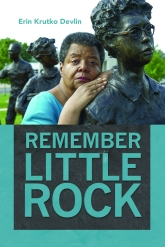 In Ragged Revolutionaries, Nathaniel Mills argues that the lumpenproletariat was central to an overlooked yet vibrant mode of African American Marxism formulated during the Great Depression by black writers on the Communist left, including Richard Wright, Ralph Ellison, and Margaret Walker.

All Eyes Are Upon Us: Race and Politics from Boston to Brooklyn by Jason Sokol

All Eyes Are Upon Us explores the history of racial struggles in Massachusetts, Connecticut, and New York from World War II to the present—struggles that involve warring traditions of welcoming inclusion and violent segregation.